Skip to content
Scotland has always been a land of mystery and strange happenings. We have a monster in Loch Ness, a fairy flag at Dunvegan and a community in Findhorn who converse with the spirits of nature and produce forty-pound cabbages and eight-foot delphiniums.
We also have ley-lines . . .

So began a booklet called Forgotten Footsteps, self-published in 1977 by one Harry Bell. I still have my well-thumbed copy, although it is in a rather sorry state these days. The book was a portal to the mysterious, the numinous, the liminal world of earth mysteries in Scotland – the first to describe (and map) ley-lines across the country, from Glasgow to Edinburgh and as far north as Dundee. An exquisitely drawn fold-out map at the back of the book showed positions of the sites, yet allowed the readers to draw in the alignments themselves – a guaranteed way to engage them in the realm of ley hunting. Pretty soon my OS sheet 64 map of Glasgow was sprouting circles around anything with Gothic text and lines connecting them – a favourite pastime that I still do to this day whenever I buy a new map.

Harry’s second book, A Guide to the Haunted Castles of Scotland, was published in 1981. Although probably inspired by his research trips for the earlier book, this was an attempt to reach a wider reader base and undoubtedly enhanced the tourist trade for those castles lucky enough to be mentioned!

Harry followed up with his master-work, Glasgow’s Secret Geometry in 1984, although it was the third 1993 edition that crossed my path. By now a certified field archaeologist, Harry downplayed the ley-line aspects of the network (much as his hero Alfred Watkins had done in later years) in favour of the less contentious term ‘Prehistoric Site Alignments’, which he hoped would be more acceptable to the archaeological community.

This volume was again self-published (Harry was a printer by trade), with a highly unusual binding on the right-hand side of the folded pages that made it slightly challenging to read. This time the map came as a separate entity, tucked into a corner pocket of the cover for easy field reference, and it had the alignments pre-drawn.

I can honestly credit Harry’s books as being a primary motivator in my own interest in ancient sites, alignments and archaeology in general. Both books were frequently referred to before field trips – notes were taken, compass bearings logged. I taught myself to dowse at Bar Hill Roman fort, one of Harry’s sites, which he claimed was the lost Druid sanctuary called by the Romans Medionemeton (‘middle grove’), rather than Cairnpapple Hill as generally believed. Unlike the windswept hilltop that is Cairnpapple, Bar Hill has plenty of woodland and, Harry argued, was therefore a much better candidate for a sacred Druid grove. It was some years later that his theory was proved correct in Graham Robb’s book, The Ancient Paths, where he shows that Bar Hill is exactly halfway along the Antonine Wall – a ‘middle grove’ indeed.

In the late 90s, Harry’s son Colin flexed his nascent web-writing skills by producing The Glasgow Network of Aligned Sites (GNAS) website, based on his father’s book Glasgow’s Secret Geometry. In 2000, Colin collaborated with his father to launch another website called Leyline Quest detailing his earlier researches. Both websites were dependent on free hosting providers, and sadly vanished into the internet ether when their hosts were discontinued.

Meanwhile, the new decade brought the novel technology of Google Earth, which allowed me to attempt to plot Harry’s alignments as kml placemark files. At the time this was a pretty monumental task due to the poor satellite imagery available, resulting in incorrectly placed sites and alignments. However, it allowed creation of pop-up boxes for each site containing map references, some descriptions from the books with links to further information, even a picture in many cases. Over the years things have improved dramatically and I’ve kept updating the placemark files, adding my own discoveries to the network. I have no doubt that this technology would have transformed Harry’s research, but unfortunately he took ill and died in 2001, just as his work was gaining popularity.

One early beneficiary of my Google Earth file was film-maker May Miles Thomas, who I learned was creating a BAFTA award-winning interactive website and iPhone app called The Devil’s Plantation based on Harry’s network. She subsequently produced a highly evocative film of the same name. May has been a staunch advocate of Harry’s work ever since, and has probably covered more of the network on the ground than anybody since Harry in her quest to film as many locations as possible.

Over twenty years have elapsed since Harry’s death. It’s time for a reappraisal of his work. With the full permission and blessings of Harry’s family, I intend to do just that. Initially, this website will recreate the old web pages more or less as they used to be, with the addition of my interactive map; as it develops I hope that it will grow into a more comprehensive resource with extra commentaries and material.

I hope you’ll stay with me. 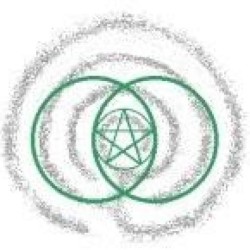 Grahame Gardner
Grahame Gardner is a professional dowser and geomancer specialising in house-healing work involving geopathic and technopathic stress, and the creation of sacred spaces. He is an honorary Life Member and Past President of the British Society of Dowsers (2008-2014), and is listed on their Professional Register. He is also a founder member of The Geomancy Group.